Change of name caused by the war of Russia against Ukraine

Vladimir Putin's murderous aggressive war against Ukraine which has been devastating it since February 24, does not only cause immeasurable suffering and destruction to the local civilian population. It also indirectly reveals more and more tragic links on the international cultural scene. This also has repercussions on Russian cultural creators abroad, as some examples known to the public in recent times prove.

The famous Saint Petersburg Festival Ballet, as well as the Munich-based company Ovation Events, which deals with the organization of performances and concerts in Europe, have also been affected by the Russian war.

Thus, the name of the ballet is going to be changed into International Festival Ballet starting from May 2022.

After the war began, many Russian artists took a clear position against the war madness and for the respect of universal human rights.

However, all the protagonists who actively take a position against the war of the Russian government with words and deeds could undergo even more serious criminal consequences than those they have already faced with since the drastic tightening of Russian media laws.

The Saint Petersburg Festival Ballet, for example, has been exposed to this threat since the beginning of the war.

Before the beginning of each performance of the current tour on French stages, the entire ballet takes a stand by observing a minute of silence, making statements and playing the Ukrainian national anthem. Numerous reports in the press and on television have relayed this daily action to the French public, making visible the politicization and the protest position of the stage program.

In the context of the media legislation enacted a week ago and motivated by the war, the ballet is now under massive pressure from its home country. The threatening situation leaves little doubt that a return of the Russian members of the troupe to their home country in May 2022 is currently not possible without danger to their lives and physical integrity. It is also obvious that the families who remained in Russia have to live in constant fear of repression by the political security apparatus.

An exceptional mediator of Russian culture

With its stage classics such as Tchaikovsky's Swan Lake, Nutcracker and Sleeping Beauty, as well as other works, the prestigious Ballet Festival, which performs throughout Europe, sees itself, in its name and its program, as a classical mediator of the exceptional Russian cultural heritage – this claim and this promise are also reflected in the name of the Saint Petersburg Festival Ballet.

Deeply personally affected by the war perpetrated by the Russian government in the name of Russia, the ballet is now going to change its name as a conscious sign of demarcation.

All the publications, the concert announcements and other public communications already planned are going to be adapted to the new name as soon as possible.

The director of the Ballet Festival as well as of Ovation Events, Irena Veres, says about it:

"The war situation, which is so terrible and deadly for the innocent Ukrainian population, affects us personally and despairs us, like the vast majority of people. Since the beginning of the Russian invasion, the ballet company and the whole team show even more their anti-military position, expressed long before, in words and deeds.

It is not only outside the concert halls, but now on stage, before every performance.

The image of our production and of its participants has always been and remains international.

We are therefore changing our name into International Festival Ballet to openly express our anti-military position and our identification with international cooperation and exchange without borders and without limits, in friendship and peace.

We ask all our partners everywhere to support us and use this name starting from May 2022 onwards.

ARTICLES IN THE MEDIA 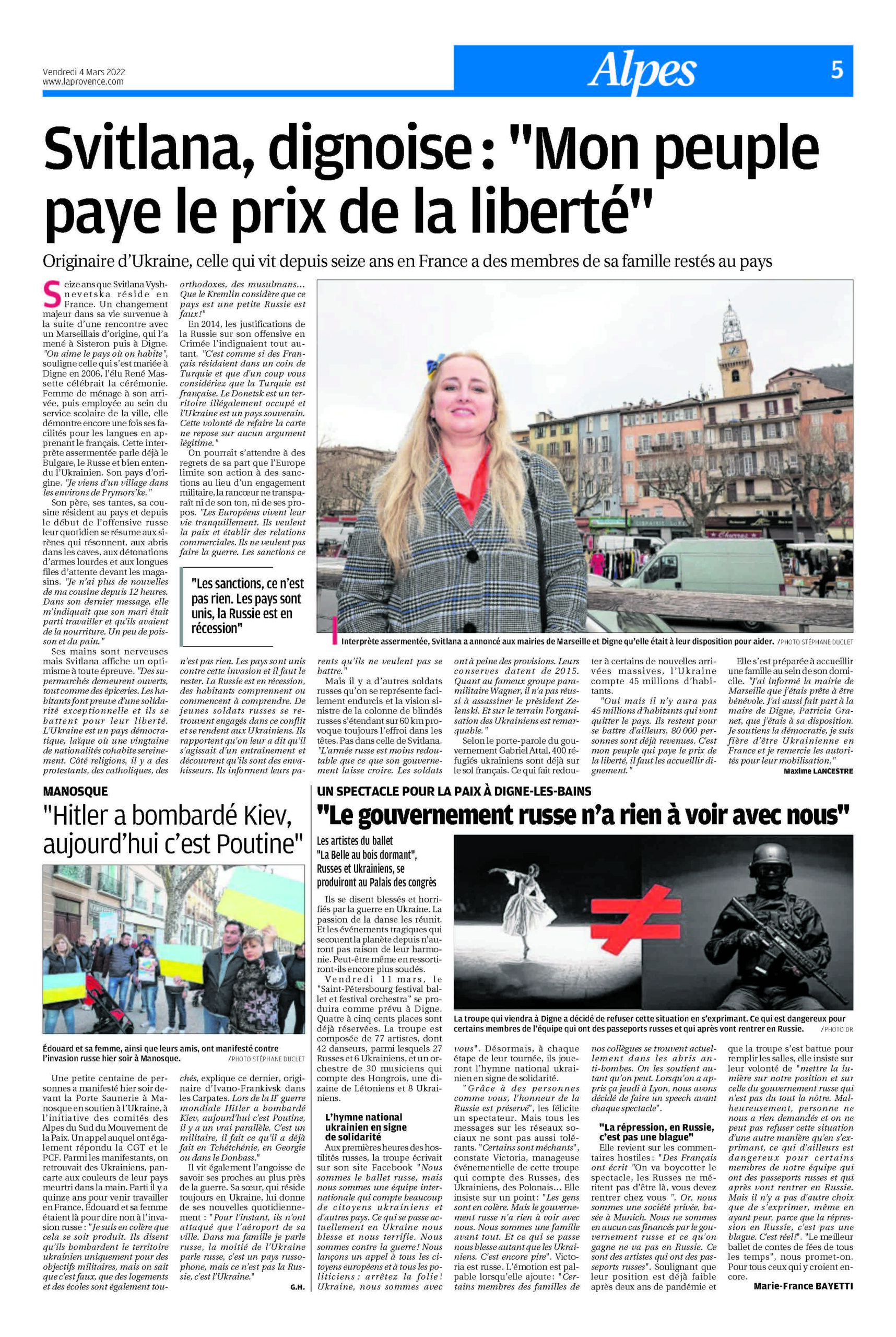 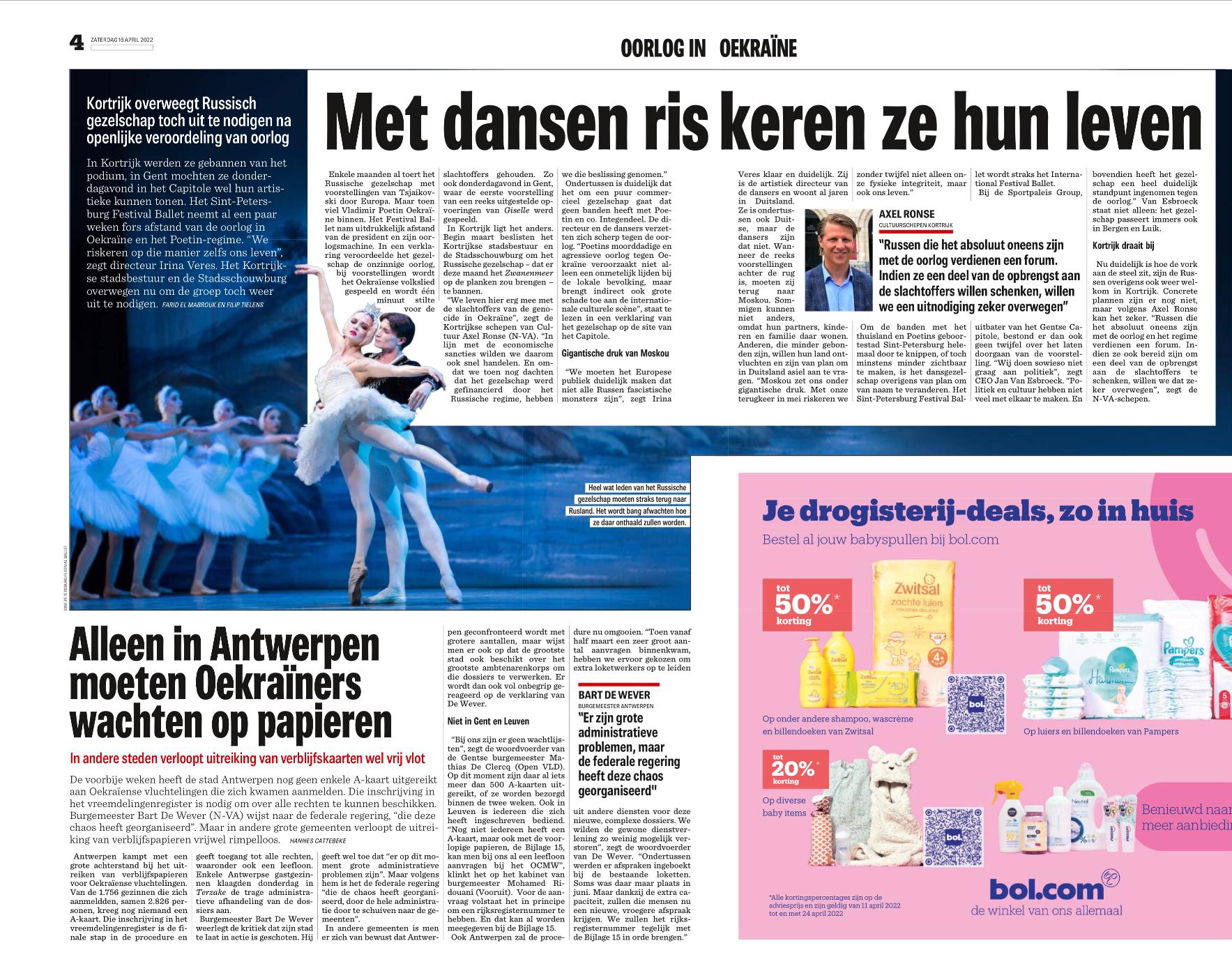 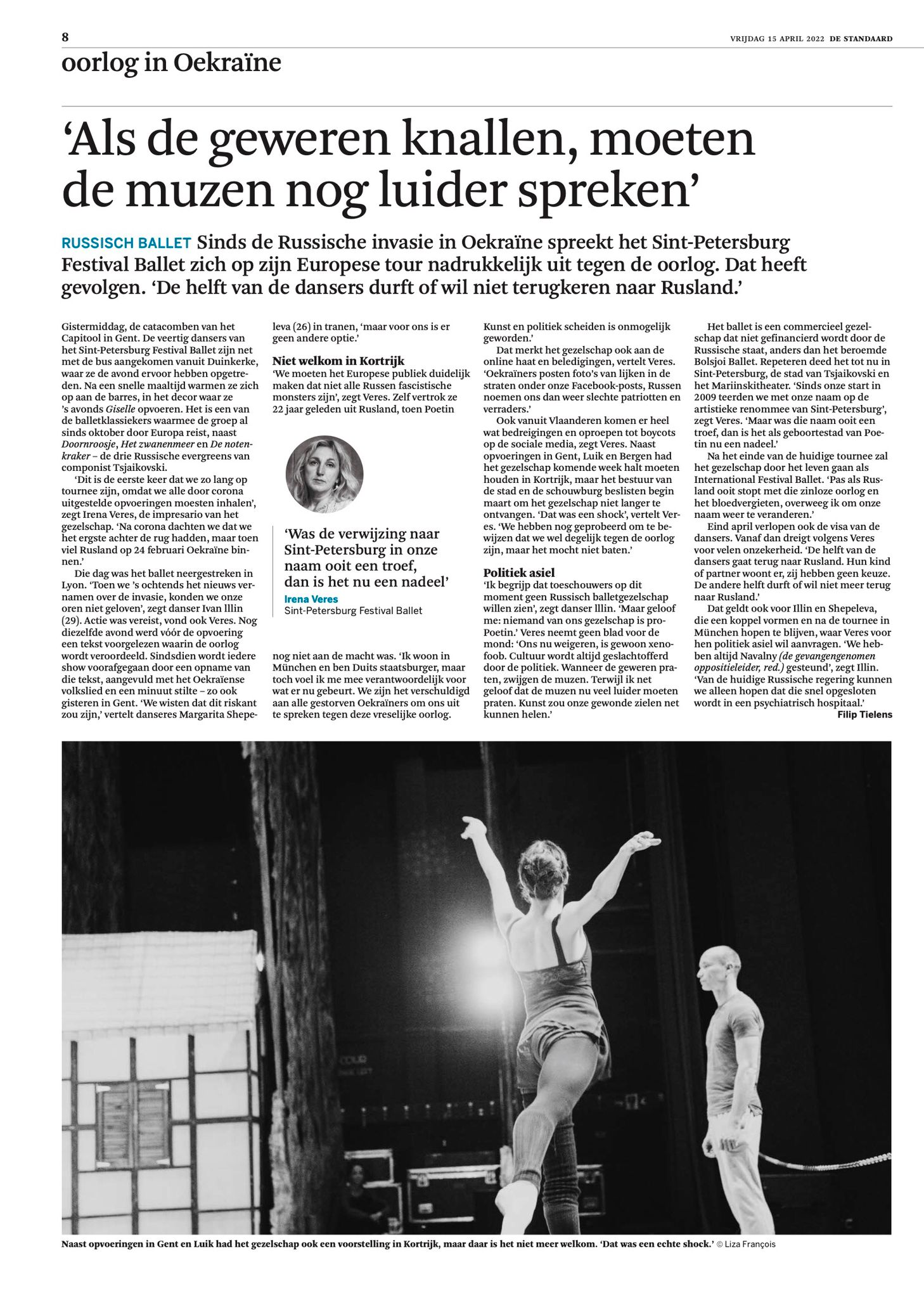 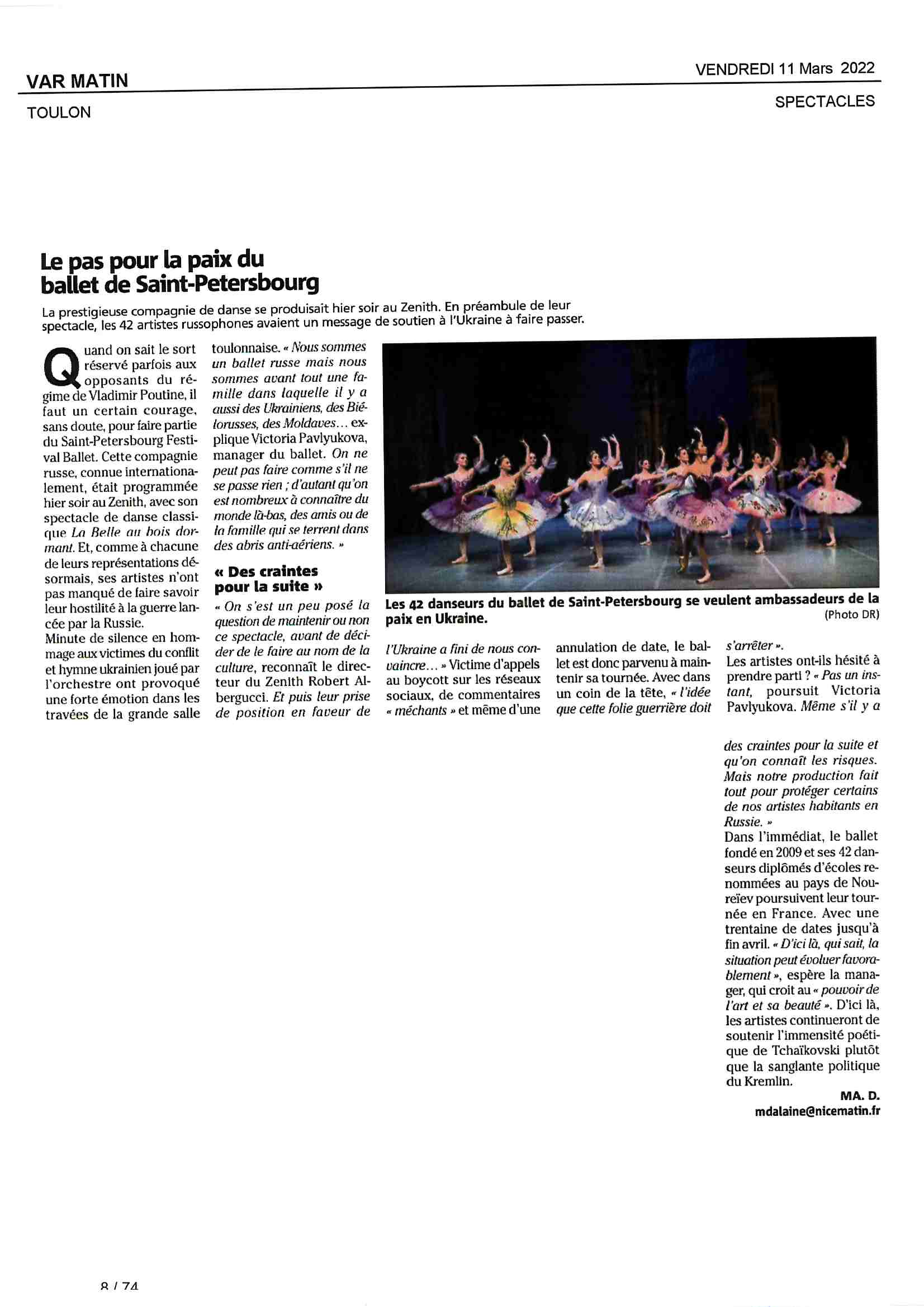